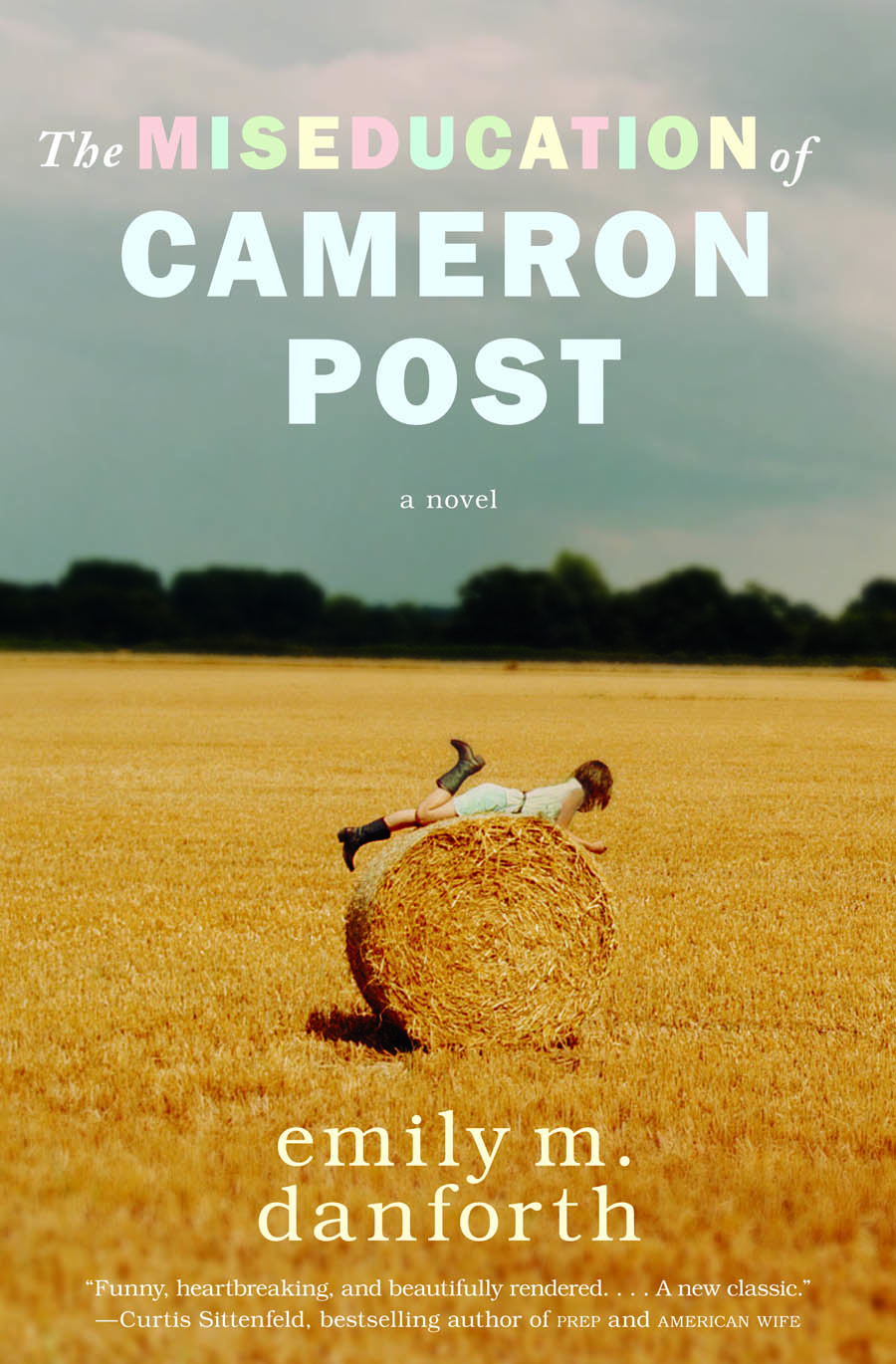 I have recently finished devouring two novels and found myself surprised by the parallels. Despite the 27 years difference in publishing dates, both novels equally hit home for me.

I read The Miseducation of Cameron Post first, as an iBook on my iPhone. Danforth introduces us to Cameron, a nearly thirteen year old girl living in Miles City, Montana. Strongly impacted by her parents’ death in a car crash, Cameron moves in with her grandmother, joined, in time, by her conservative aunt Ruth. Cameron soon realises she is attracted to girls, first her best friend and then a local cowgirl exploring emotional and, eventually, physical relationships with both. In an attempt to rescue her from her ‘sin’ and save others from her potentially contagious influence, she is sent away to God’s Promise Christian School & Healing Center. Basically, this is a long term camp that implements “conversion therapy” to ‘pray away the gay’.

Winterson’s Oranges are not the only fruit follows the slightly younger, seven year old Jeanette, living with her (adoptive) evangelistic mother in England. Jeanette is  powerfully home-schooled by her mother in all things Christianly until the law steps in and forces her into regular school. She faces a lot of backlash from other students and teachers, who don’t understand her spiritual persistence. She seeks solace in other church members and during bible study, a romance with another girl develops. The church performs an intense ‘exorcism‘ on Jeanette, who returns ‘cured’ to her church duties, only to later leave the church and move out of home.

As you can already see, both novels share themes of religion, family influence and lesbian loving. I’d like to explore these similarities (and differences) a bit further.

The Miseducation of Cameron Post is structured and linear, categorises chapters under consecutive dates, while Oranges are not the only fruit is open-ended and whimsical, thematically linking chapters to books of the Bible.

I have previously found Winterson’s works tricky to read; requiring significant focus and brainpower. Oranges are not the only fruit is no exception, with haphazard allegories amongst the short, succinct prose. The entire chapter of Deuteronomy (3 pages) is itself a mini-essay on the concept of time; perhaps a metaphor for time passing in the plot or an incidental reflective introspection from the author.

In contrast, The Miseducation of Cameron Post follows the natural progression of Cameron over time, in sensible yet descriptive language. Although there are no side-allegories, you are shown glimpses of other subplots through Cameron’s eyes. The long, languid sentences remind me of imagery based poetry and I enjoyed being swept up in the visual world.

Both novels are told in first-person although Oranges seems to switch voices between author Jeanette and protagonist Jeanette, which I found sometimes makes the narrator seem non-sensical. Conversely, Miseducation has a strong voice of observation, reminding me of Curtis Sittenfeld’s Prep (2005), in both experiential description and opinion.

Oranges are not the only fruit easily blurs the line between memoir and fiction, with the author and protagonist sharing the same name. John Mullan suggests it is a ‘Künstlerroman’ which “…depicts an artist’s growth to maturity, usually in the teeth of disapproval, and against the grain of an older generation’s beliefs.” Such a description of genre is fitting for Winterson, who is continually having a post-modern play with the meta-concept of narrative.  None the less, the reality of Winterson’s own experiences are expressed to some degree throughout the novel.

Similarly, The Miseducation of Cameron Post seems to have delved from a personal place for Danforth. Whilst she has never gone to “conversion camp”, she is a lesbian from Miles City, Montana, growing up in a similar environment to the one which she has planted Cameron in. While I wouldn’t go so far to stretch this fictitious account into the memoir category (surely all fiction is built out of reality), I appreciated the realistic elements including the physical descriptions of location.

The church is a main character in both novels. Admittedly, a somewhat different denomination plays a role in each, but the overall implication is the same: same-sex attraction equals sin. I personally am a Christian and a lesbian and found the content of both books challenging, realistic in parts and confronting.

In Oranges are not the only fruit, 7 year old Jeanette is deaf for three months, believed by her mum to be a result of being in a state of spiritual rapture. Only when Jeanette hassles a neighbour does she get taken to the hospital to get operated on. Whilst I believe there are spiritual raptures that occur, the oversight of a child missing their hearing isn’t to be ignored. Jeanette herself holds fast to the Lord for as long as she can, within the realms of the church boundaries. As they reclaim her ministerial responsibilities (bible study, preaching), I feel her angst at being ‘rejected’ by the things she knows to be true. Her earnest desire to live in accordance with the almighty God is at complete opposition to her personal discovery of self. This battle between the two creates the polarising context of the novel.

Despite her spiritual basis, Jeanette’s physical exploits are treated rather carelessly; in the scope of mere sentences, I am repeatedly surprised by her brashness. There is no significance of event nor consequence nor detail. I feel this is a result of a few things, such as the time in which the book was written and Winterson’s desire not to illustrate her own experiences. This seems at odds with the protagonist’s characterisation and would be one of my main criticisms of the novel.

Conversely, in The Miseducation of Cameron Post, Cameron herself isn’t overtly religious and takes her physical experiences seriously. She attends a Presbyterian church with her Aunt Ruth and partakes in the occasional youth group. When she is thrust into “conversion camp”, where only God knows what’s best, the only word to describe her experience is ‘confronting’. My main point of reference for this sort of thing comes from the hilarious (painfully satirical) True Directions camp in But I’m A Cheerleader (see trailer below).

Whilst I know that people running these camps truly believe it’s the right thing, the pain and shame brought upon anyone struggling with these issues is not going to ‘cure’ them. Again I feel the pain as Cameron is confronted with these “truths” which really have no room for her.

Her initial physical encounters are so embarrassingly awkward and sweet, they reek of reality. As Cameron matures so does her understanding of the experiences and in keeping with her characterisation, so does the nature and explanation mature.

I loved both of these novels. I felt so sad to read the exclusion and rejection felt by the two protagonists, but appreciated the strength of their personal beliefs and convictions and the support shown by family members doing the best they could. Both feature intensely personal reflections (fictional or real) on sexuality, self and spirituality through different lenses. It surprised me a little that 27 years after Oranges are not the only fruit, The Miseducation of Cameron Post can still be equally dividing and relevant.

I would recommend them to anyone coming out, coming of age or conversing with God.

I would even recommend reading both of them, as I did, in a relatively close time frame, to fully appreciate both books as complements to each other.