DISCLOSURE: During this show there were so many gap-filled sentences… so much suspense built, so little information shared… I will treat this review in the same manner. S.H.I.E.L.D opens with an ordinary dad climbing up a burning building and saving people’s lives, no equipment needed. The sheer epicness that Marvel comfortably owns is breathed to life for the small screen… and I’m loving it.

The subtle integration of heroes and normality is exactly what I want to imagine my world being like, filled with the corny humour that separates Marvel from DC.

The story flows in a way that can only be described as oceanic; the waves bringing in moments of modern clarity (little techno birds that scan scenes for information) falling on a shore of popular culture (naming these birds ‘Seven Dwarfs”).

There seems to be a large reveal when we discover a clever group called “Rising Tide” which is… well, rising like the tide, to take down S.H.I.E.L.D.

We are thrusted at with classic character plot set ups:
– Agent Ward has family issues, no people skills 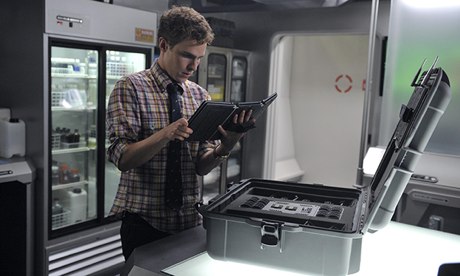 – Agent Coulson thinks he was in Tahiti but he is never to know what really happened
– Melinda May is stubborn, high up, powerful woman being reprimanded for something
– Agent Fitz (unable to handle gore in the field) and Agent Simmons (pretty AND smart) provide comic (get it!) relief

Following which our team of ordinary people protecting superhero rights everywhere travel in a stealth-like jet plane to stop our ordinary dad from becoming an extraordinary explosive in an unusually specific race related environment.

Oh and they have nabbed themselves their very own “Rising Tide” mole, who is a pretty, intelligent super hacker capable of all sorts of sneakiness but was unable to escape the clutches of ye olde government.

Quote of the Episode:

People tend to confuse the words “new” and “improved” – Coulson I am woman… hear me ROAR

During interrogation of the “Rising Tide” spy, Coulson introduces a super truth serum. To prove it’s capabilities, he stabs Agent Ward (McTough) and all his secrets are revealed with the mere introduction of feminine beauty.

Bring me to life…

Agent of the Day: 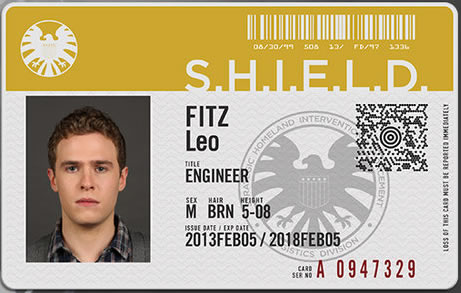